For over 50 years we have offered our products in both Denmark and abroad. We have found that our customers satisfaction, is not only due to good products, but equally the counseling service and the commitment that they experience, from us.

For many years we have built up an extensive knowledge and experience in the field of bio-fuels, combustion needs, system solutions, as well as workflow products. We know what it takes to solve the task correctly and effectively.
We have gained much of this knowledge, through the many tasks we have solved in close cooperation with customers and installers. A knowledge that is ever-evolving
Results do not come by themselves, it requires effort, which is acknowledged by all our employees. They work focused and determined for our customers,with emphasis on our values: trust - quality - know how - people and engagement.

With a wide product range and fast delivery, we can promise you a first class logistics. Proven procedures for orders, our internal warehouse management and transportation choices ensures optimal supplies.

A collaboration with the Passat Energy A / S offers many opportunities, product selection, advice, services and trade form.

Mission and Vision of the Passat Energy

Our mission is to successfully develop, produce and offer biofuel boilers of high quality. Including offer system solutions for heating purposes, while maintaining the goal to actively contribute to a better global environment.

- Our customers continue to recognize us, as one of the leading manufacturers and partners when it comes to providing biofuel boilers of the highest quality, in terms of function, efficiency, reliability, quality and environmentally friendly solutions.

- The outside world sees Passat Energy with respect and recognition, due to our tradition of manufacturing quality products, with sense of responsibility in terms of legislation and environment, as well as in the relationship with the people, whose living conditions it has an impact on.

Passat Energy A / S's main objective, is to:

Provide the best and most economical solutions.
Be an innovative partner.
Research, develop and deliver, the simplest and most reliable solution.
Having the most professional strategically placed suppliers, in order to always offer the best solution!
To grow with our customers.
Create exciting new jobs, which eliminates repetitive and arduous tasks.
Create individual solutions that improve capacity, efficiency and profitability.
Create a fast and effective implementation of the delivery -
from first visit to the customer, upto the point- where the system is applied in daily production.

In the mid 1970s the company expanded its business in the energy sector, and began to develop a range of solid fuel boilers for burning with straw, wood chips and firewood. This quickly became a success and meant that the company broke through in the energy sector. It is worth mentioning that the company has been manufacturing boilers for the last 25 years, sold 70,000 combustion plants, of which 50,000 plants are located in Denmark. Our products have always been cutting edge, and we constantly strive to be among the best boiler manufacturers in Europe.

In 1991 we introduced the well-known Compact boiler, thereby expanding the product range. The Compact boiler has since the beginning been a great success.

facilities
Passat Energy now has, approximately over 9000 m2 of production area, including about 6000 m2 under roof in Orum.

Passat Energy A / S was established in 1958 by Uffe Pedersen, company was called Orum Machine back then. In 1961 the company moved to its current address: Vestergade 36, Ørum, 8830 Tjele, where it also changed its name to Ørum Passat Equipment A / S. Where we produced gas/oil furnaces, and grain dryers.

In 1971 the oil crisis hit Denmark, and Uffe Pedersen, in collaboration with his brother Willy Pedersen, constructed the first biofuel boiler. That same year, Willy Pedersen joins the company, and the company changes its name to Passat Energi A / S. The name is inspired by the warm wind that blows at the Equator, know as the Trade winds, in Danish: Passat wind. The company had a particular focus on the rural properties used straw burning.

Today Passat Energy A/S is owned in a joint venture, between the Chinese company Xunda and Vorning Maskinfabrik ApS 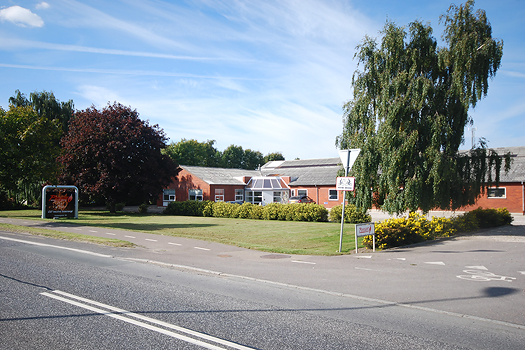